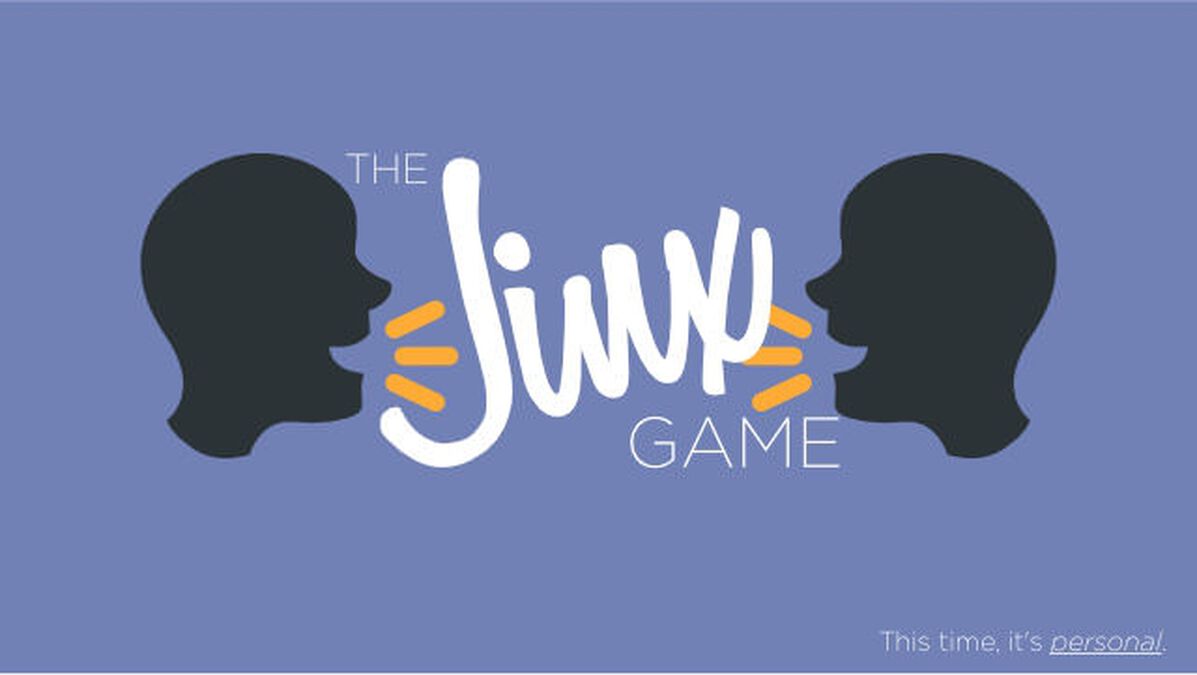 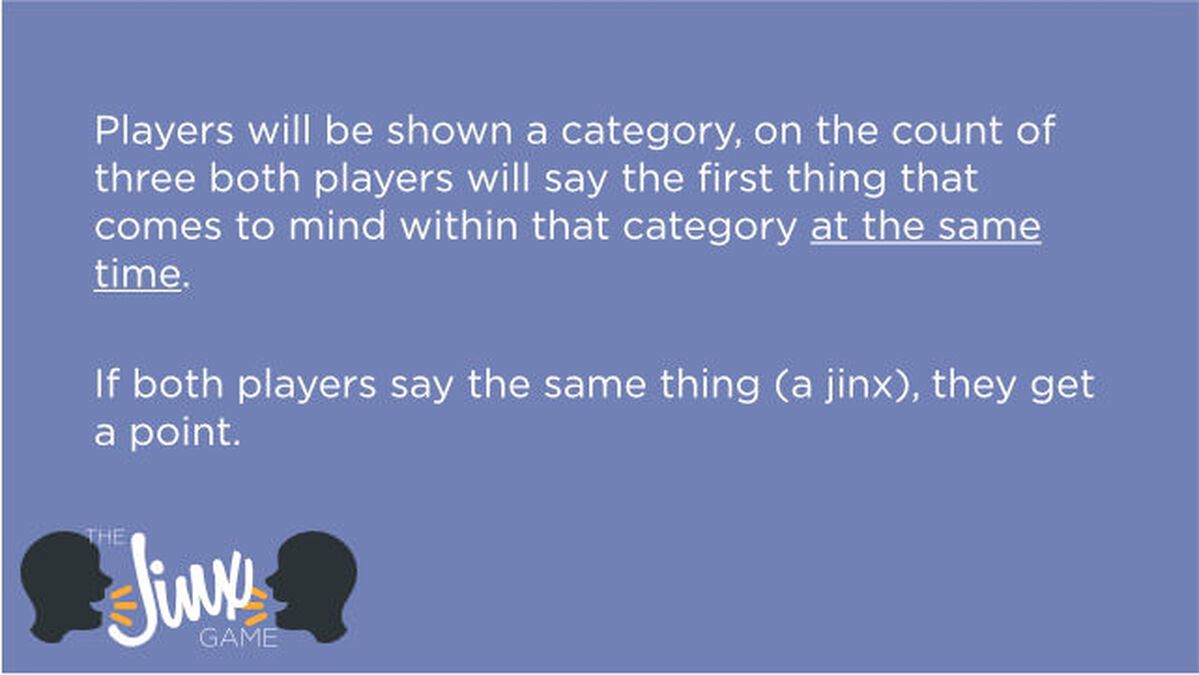 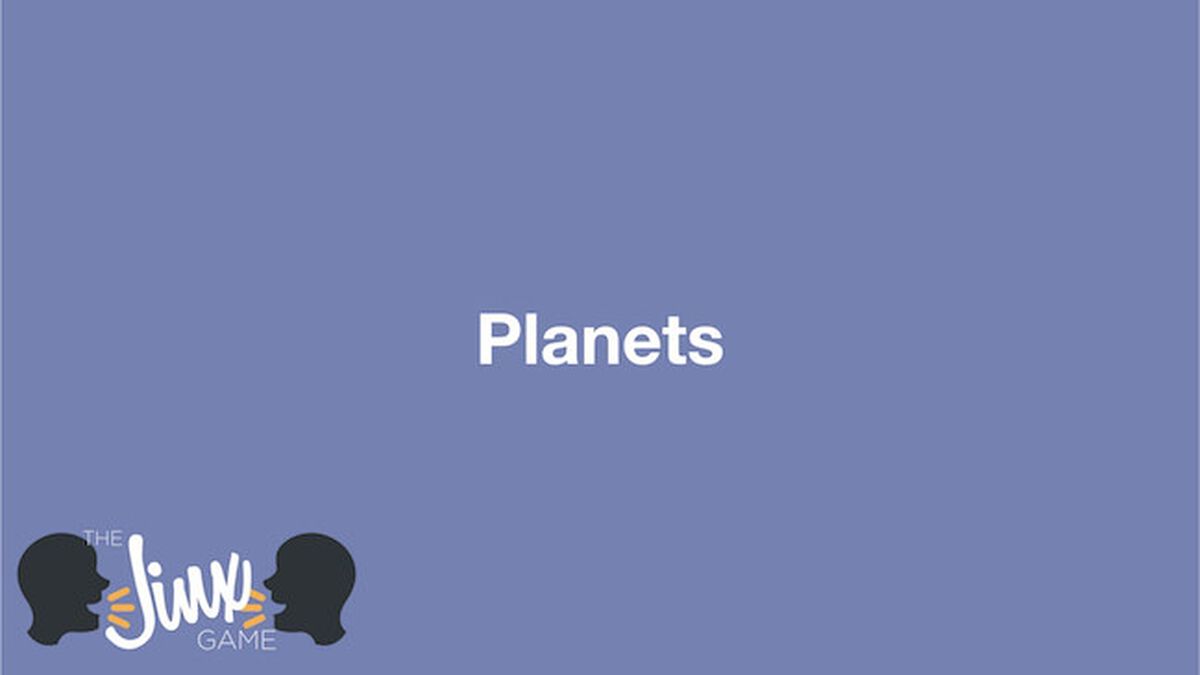 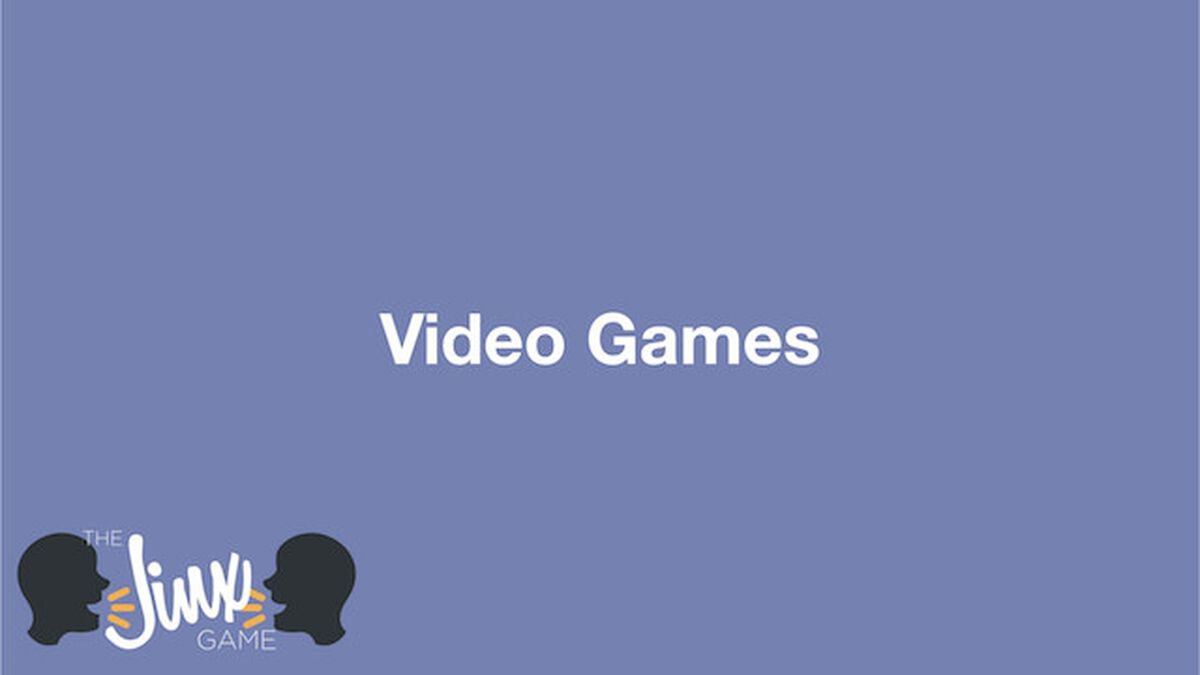 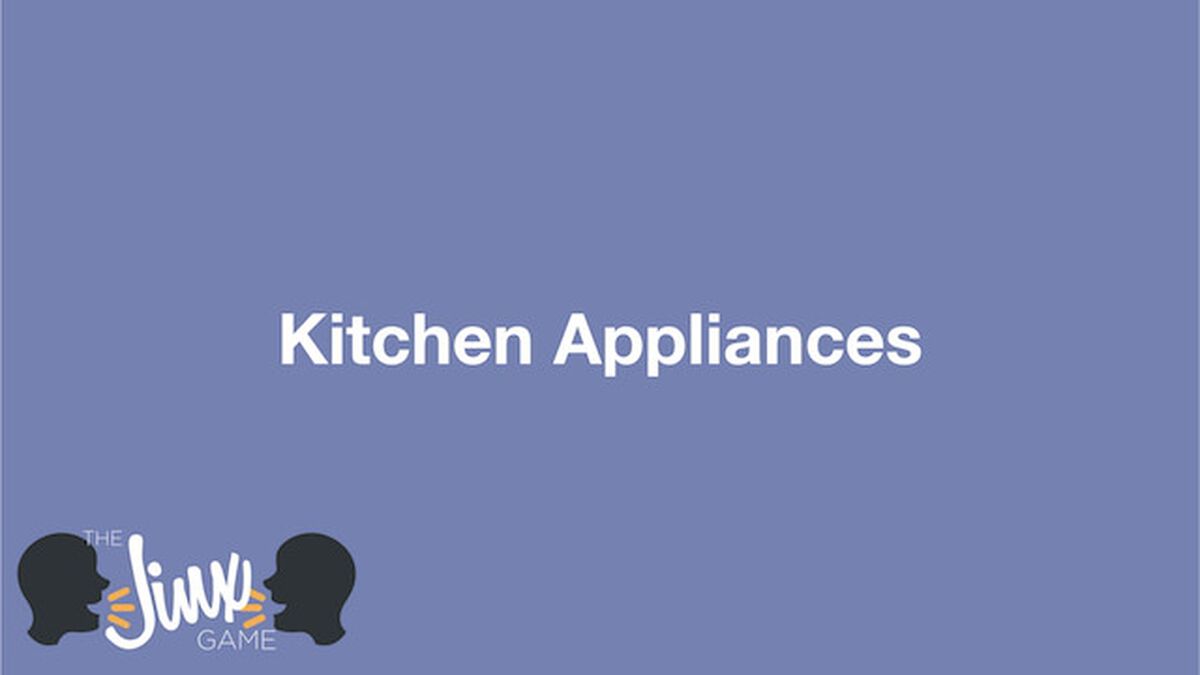 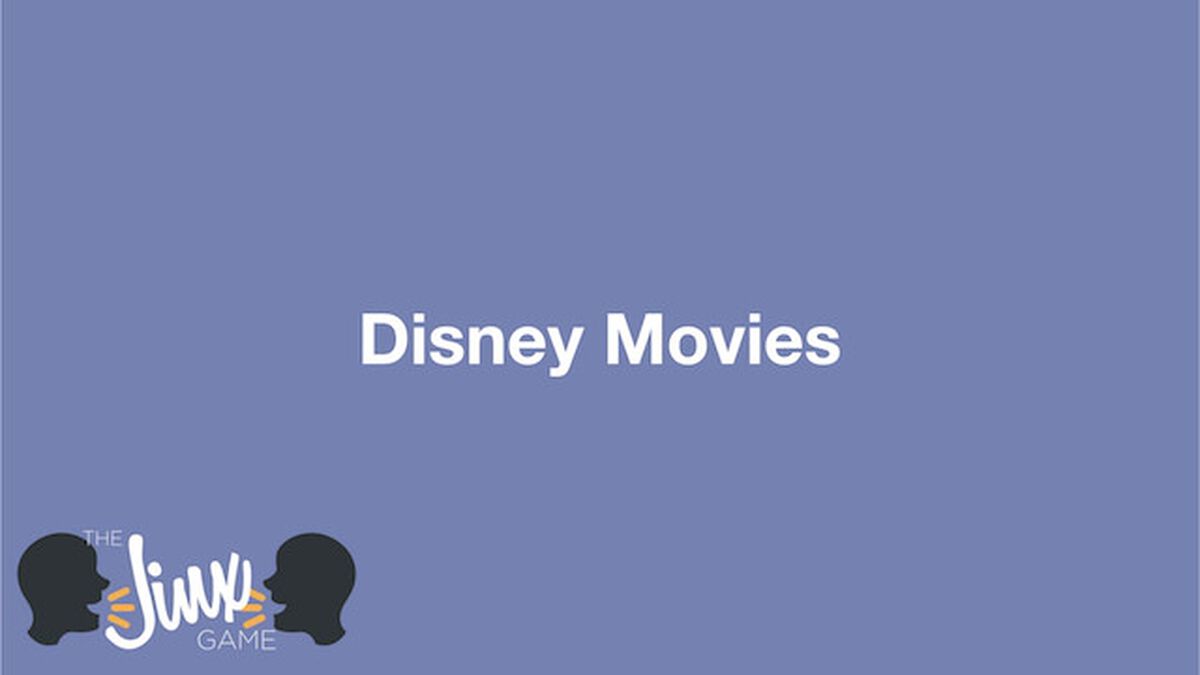 This is a great competition game as well. Get two teams of two and have a jinx off! You can play this game a few different ways, so be creative.

One possible way is to have teams play rock, paper, scissors to see who goes first. When the category shows on the screen, team 1 has 3 chances to get a point, if they don't team two goes. Players cannot use the same answer twice.