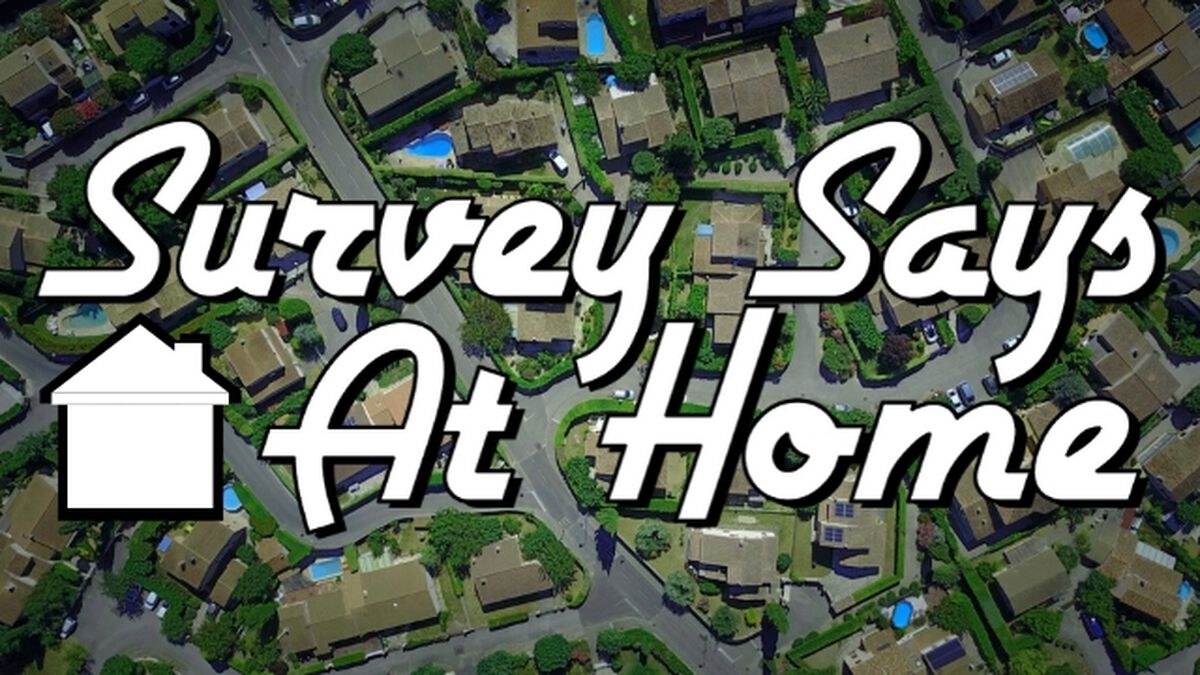 Note: This version is based on being 'at home' and is geared at groups playing this over Zoom or another online platform. However, this theme will work in a live setting. Instructions below are for a live version but can easily be changed to be played online.

1. Divide the group into two teams.

2. One member of each team faces the other in a face-off as the host reads the question off the screen.

3. The team that buzzes-in with the correct answer receives control of the board and has the option to 'play' or 'pass' the question to the other team.

4. The team that has control of the board tries to reveal all of the correct answers before receiving three strikes. (Strikes are given for incorrect answers--or those that do not appear on the board.)

5. If the team receives three strikes, control is passed to the other team.

7. Continue the game by repeating steps two through six.

The team with the most points wins the game!