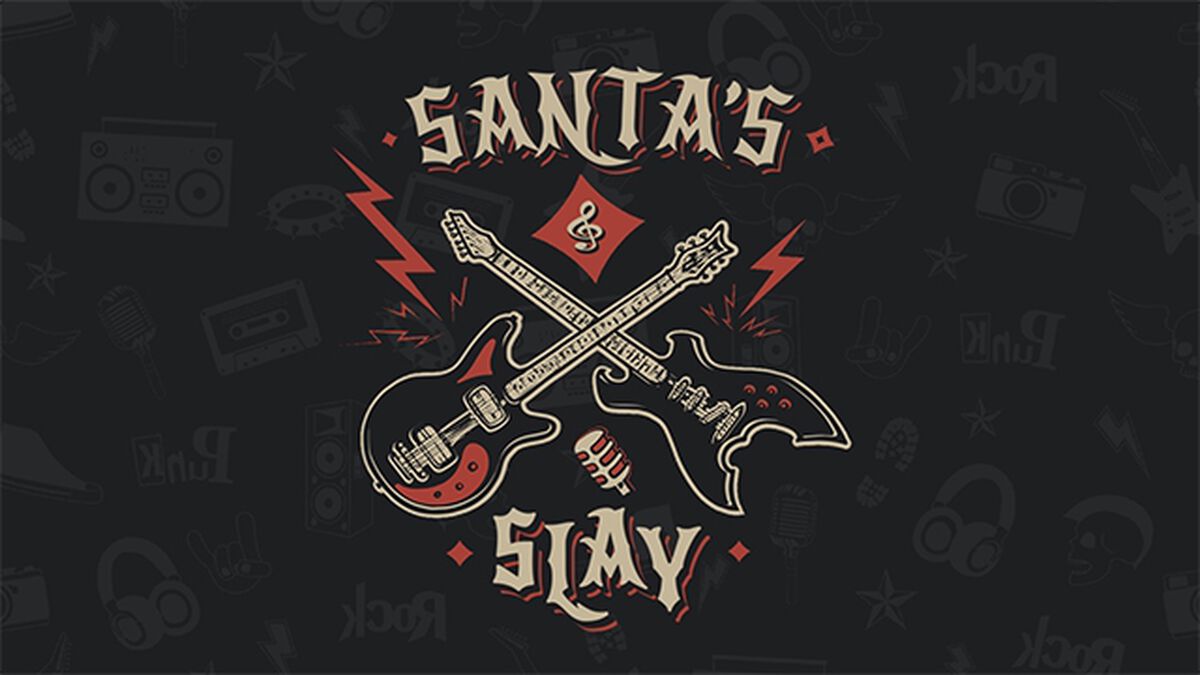 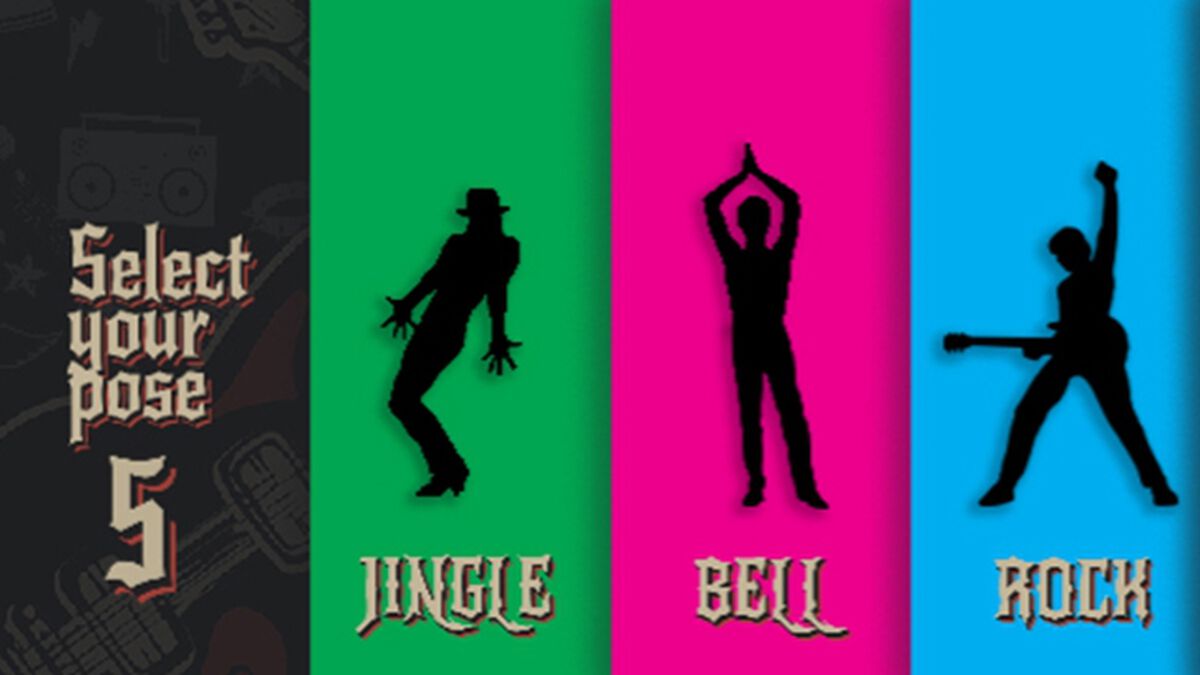 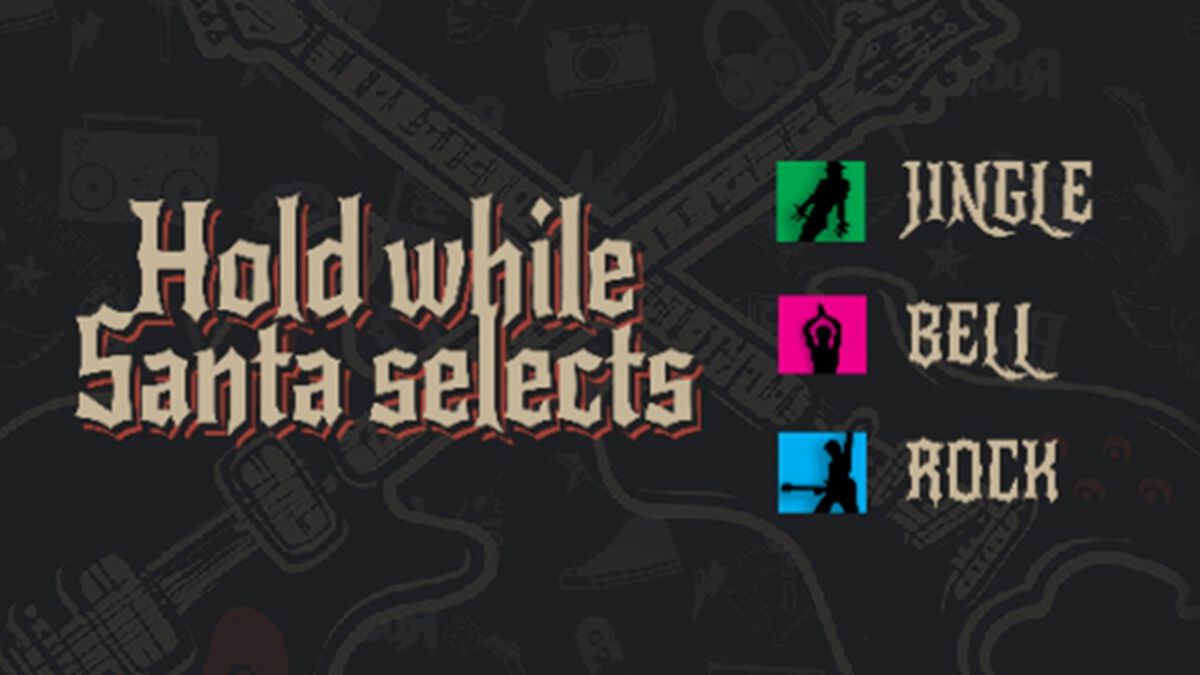 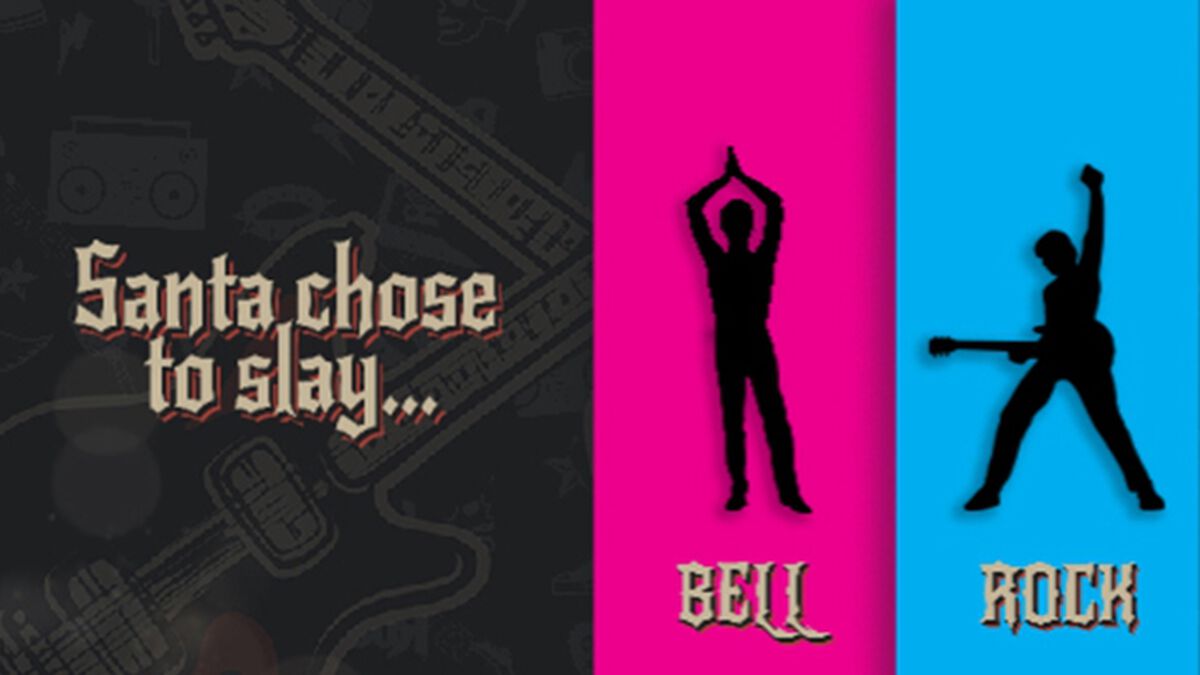 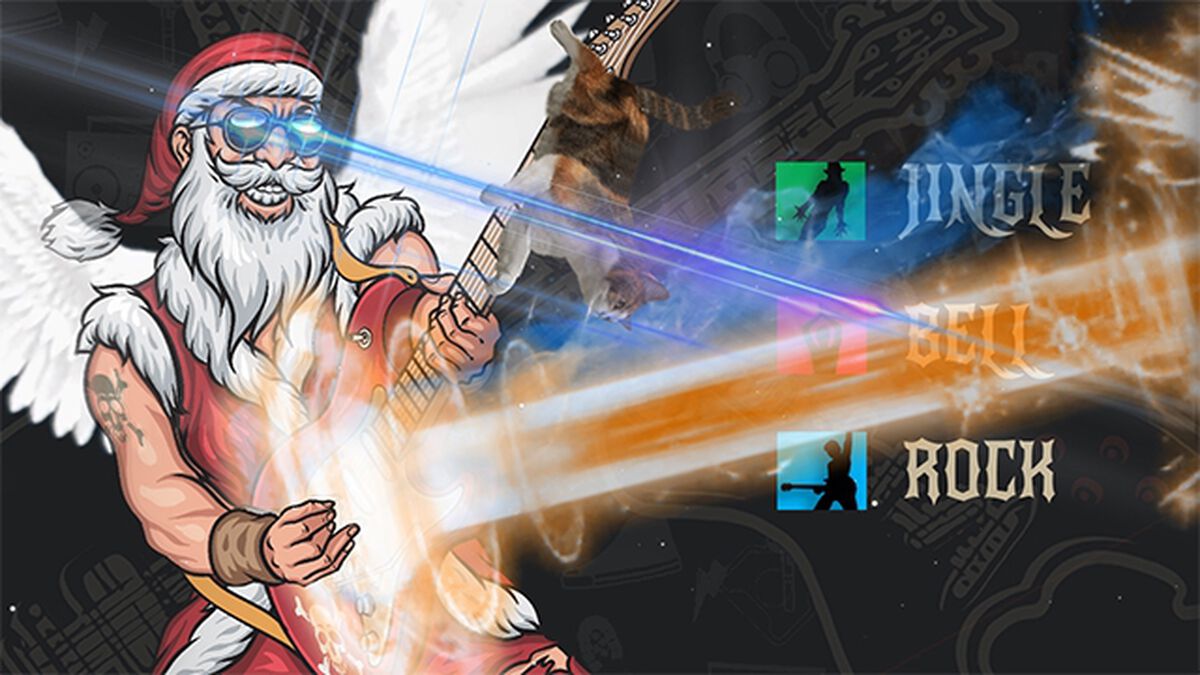 What is Santa’s Slay?
Santa’s slashing through the naughty list with some gnarly licks in this video-based crowd game. The goal of this game is to avoid Santa’s death metal destruction and survive to live another day and sing another Christmas carol.

Gameplay Rules:
Each round, three different poses will be revealed on screen. The poses are labeled with either JINGLE – BELL – or ROCK. Your students must choose a pose and hope that Santa doesn’t slay through the pose that they chose. If Santa slays their pose, every student that chose that pose is out and must sit down. You can play as many (or as few) rounds as you like. Whoever is running production for your programming has complete control over which poses Santa will destroy. You can either whittle down the group to one singular winner or, after a certain amount of rounds, declare that all of the survivors have won.