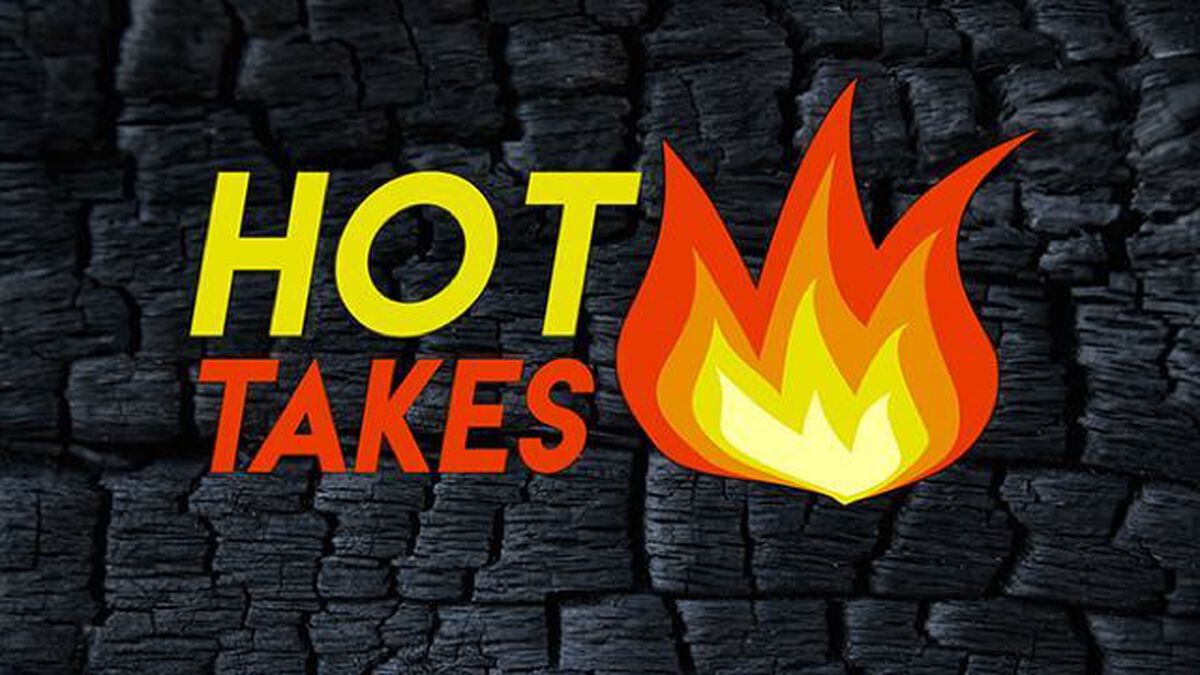 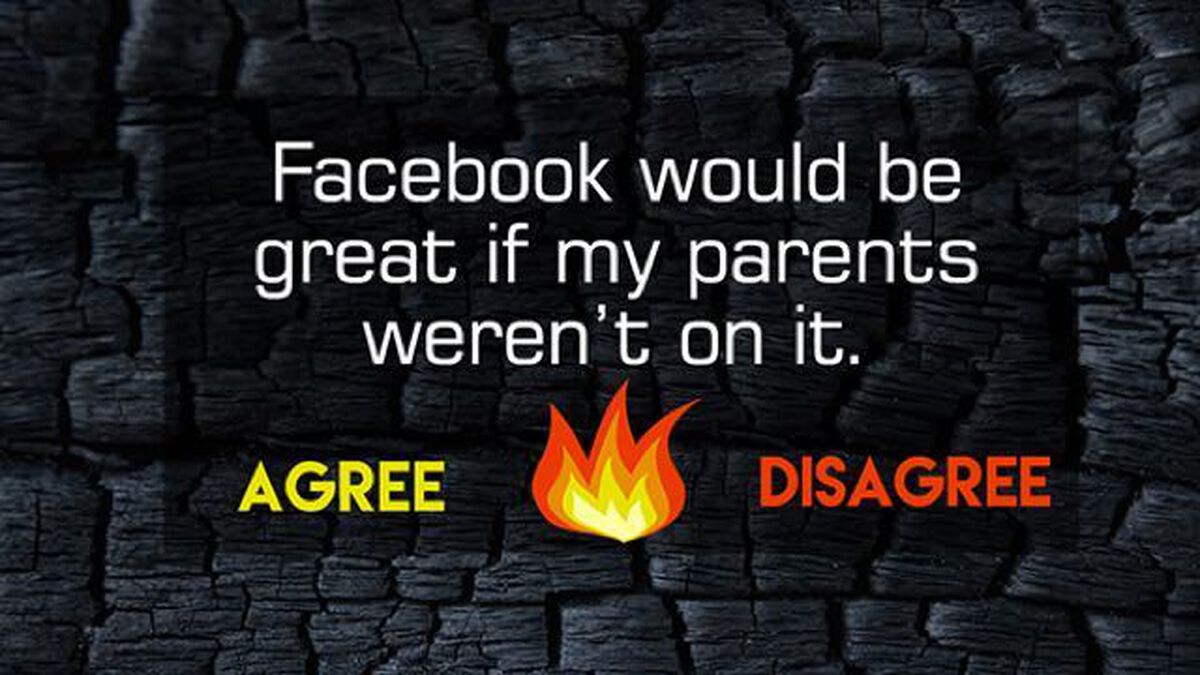 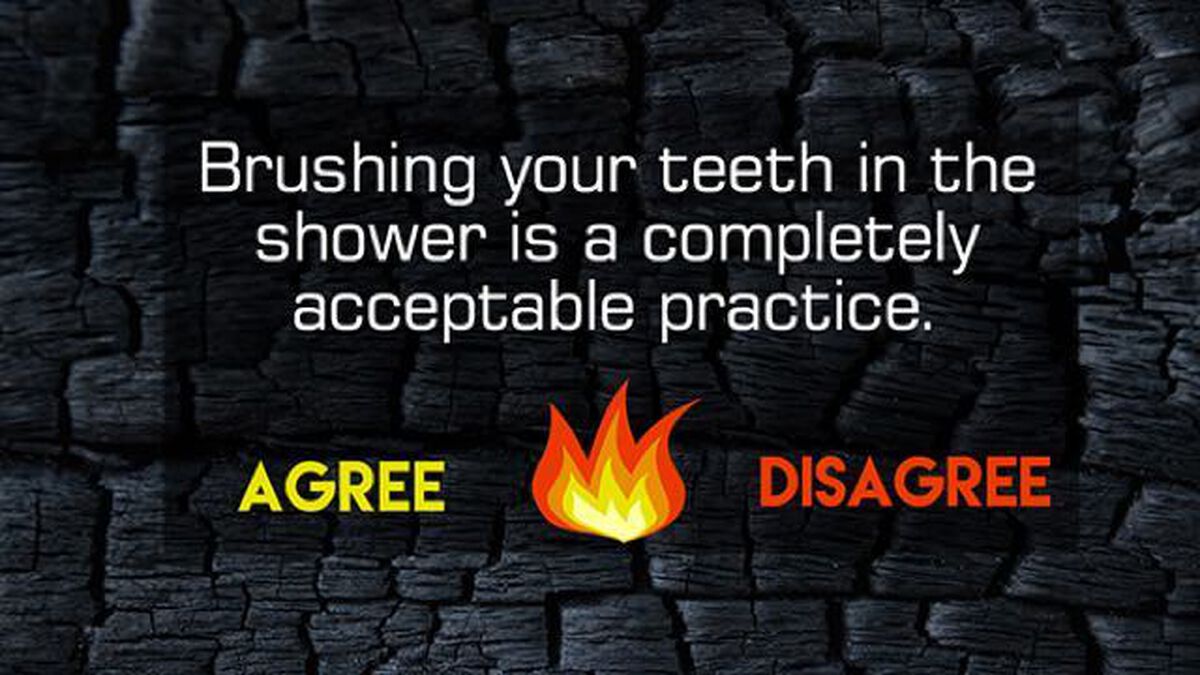 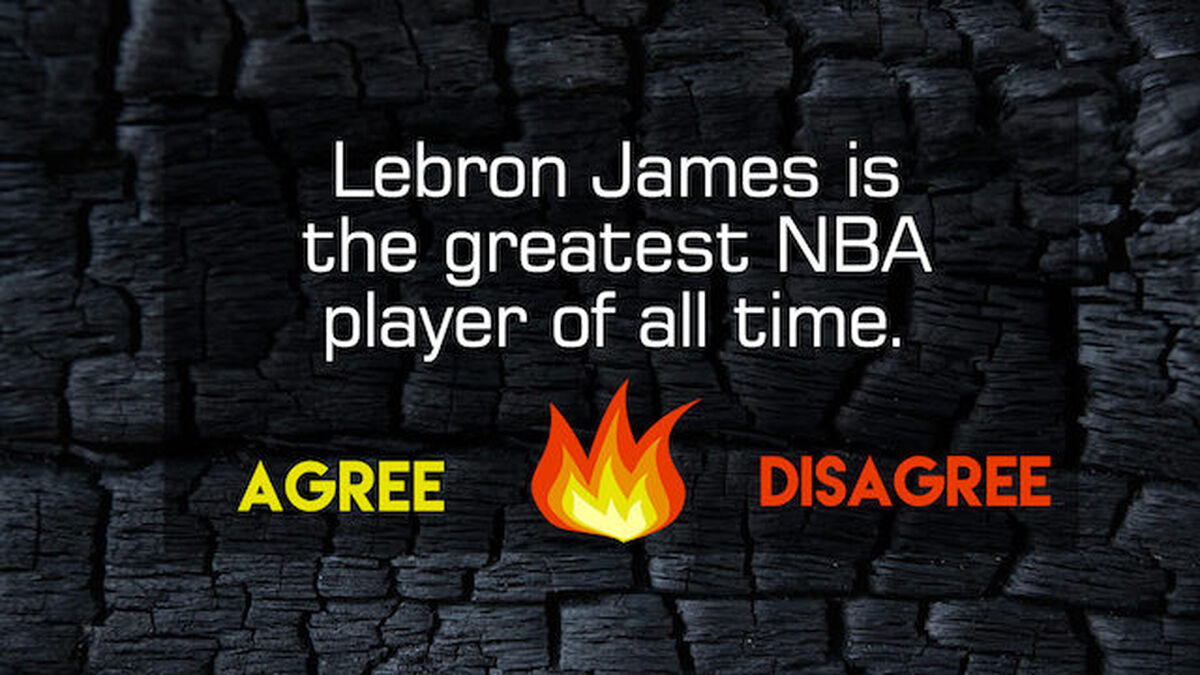 In this screen game, students will be presented with a strong opinion on current events or pop culture (aka, a “Hot Take”) and get to debate whether they agree or disagree with the Hot Take. There are five different versions of game play you could choose from (and there is an instruction slide included for each version).

Contestant Version – For each round, select one contestant to come to the front. Put the HOT TAKE on the screen. The audience must guess if the contestant will agree or disagree with the HOT TAKE and move to either the left or right side of the room. Then, have the contestant reveal his or her answer. Audience members who guessed correctly, stay in the game.

Pick A Side Version - Put the HOT TAKE on the screen. Have those who agree move to the left side of the room, and those who disagree move to the right side of the room. Then, let the debate begin! Let each side have students state their case for their side. After the debate, determine a winner, or just go with a “majority rules.” Groups Competition Version - Divide into smaller groups in your larger group gathering. Give each group one minute to discuss and decide if they are going to cast their single vote for agree or disagree. Then tally up the votes of every group. Whichever side has the most votes wins the round. Group Discussion version - Put the HOT TAKE on the screen. Have the group discuss/debate with each other. No competition or winners, just interaction.