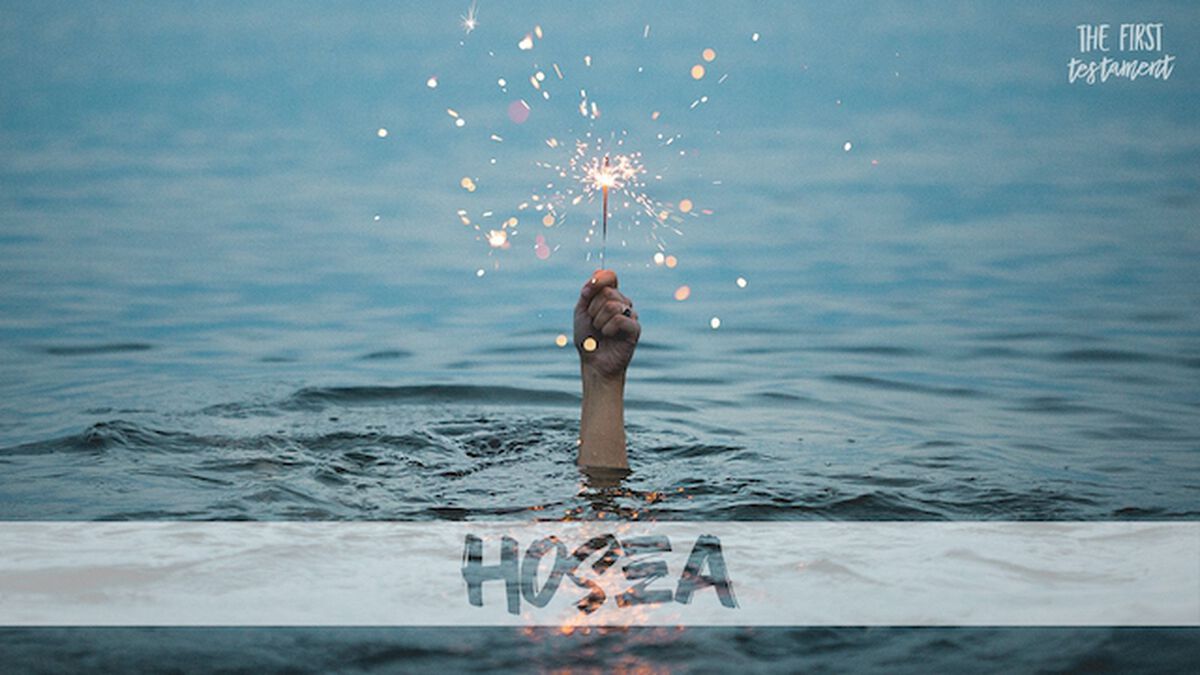 Hosea is the first of the twelve minor prophets, an explosive entry in the First Testament’s prophetic works. A young prophet required to marry a prostitute unfaithful to him? Decades of prophecy of judgment to a nation who refuses to listen or repent? It is, at times, a dark and troubling entry in Scripture. At the same time, Hosea contains powerful messages relevant today on the dangers of allowing idols in our lives, the need to use leadership and influence for God’s honor, the importance of being intentional with our actions, and most importantly, an incredible look at God’s limitless love.

The evidence points to Hosea being the author of the book of Hosea; most likely writing it in pieces over the years of his ministry (755-715 B.C.). It is a message he would have spoken to the people of Israel and then recorded later. It was written before Israel was conquered by Assyria – the coming judgment promised throughout the book.

Hosea’s marriage to Gomer has triggered debate over the years. Was it simply a parable? Did Gomer play the part to communicate the point while remaining faithful to Hosea? The shocking nature of the story makes it hard to read, however, the way the passages are written seems to leave little room for alternate explanations; it was a prophetic sign exactly as described. Like other prophets, Hosea engaged “in shocking and otherwise inexplicable behavior in order to make his point for his audience.”

Why is this series called “The First Testament”? Words often communicate unintentional messages. While we have called the testaments “Old” and “New” for centuries, these labels have had an unfortunate consequence: for many, the word “old” conveys the ideas of irrelevance and being outdated. Nothing could be farther from the truth!

The intent of this series is to be primarily a discussion-based study of the First Testament.

Llama-tested, youth ministry approved! Resources by the DYM Team are trench-tested, high-quality, and stand up to the DYM L.L.A.M.A. standards: Looks great, Laughs guaranteed, Actually used in real youth groups, Made with love, And...we ran out of things for the acronym but you get the point.