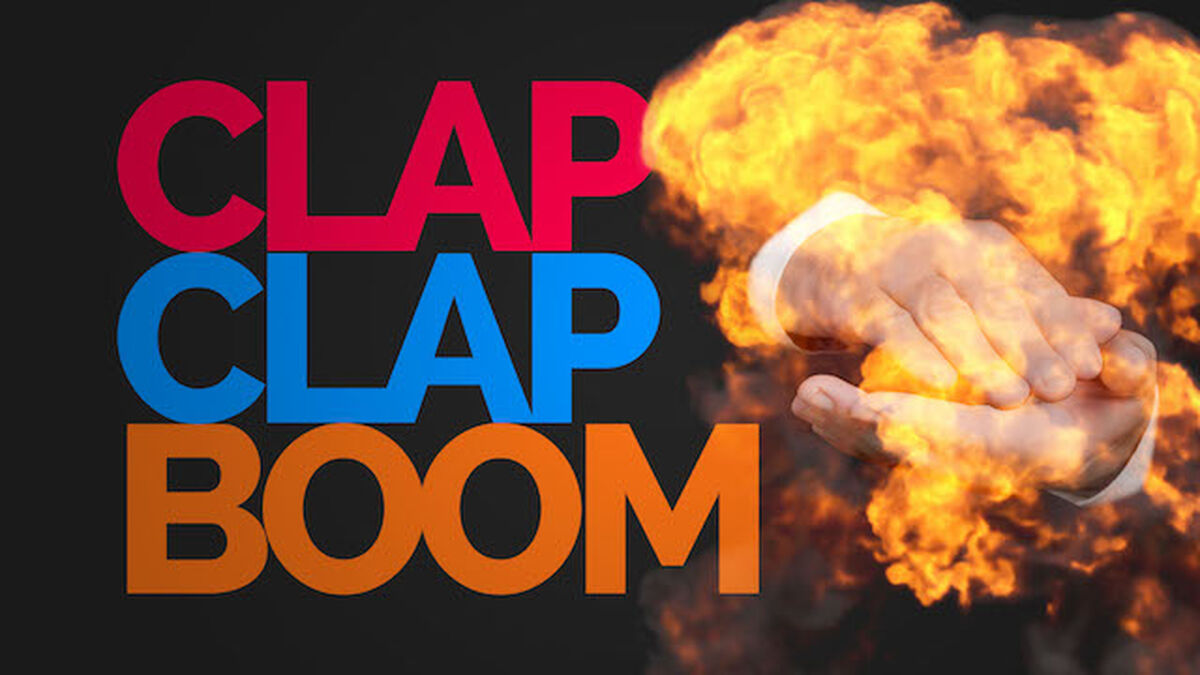 So fun and easy--students stand back-to-back as the screen counts-down to the moment they will spin and reveal which they’ve chosen: CLAP or BOOM. If their chosen move matches what’s on the screen, they advance to the next round…but if their move is opposite from the one on the screen, they’re out.

Game Play Instructions
FIRST: Teach your students the two important CLAP CLAP BOOM motions: 1) CLAP: students make a single clap sound with their hands. (Should be self-explanatory, but sometimes middle schoolers need a bit more help!) 2) BOOM: Jump in the air and, as you land, put both hands in the air like an explosion.

THEN: Have students pair up and stand back-to-back. On the screen, the video will countdown from 3 and then instruct all players to clap twice and spin around to reveal to their partner whether they’ve chosen: CLAP or BOOM. Players who MATCH the screen (CLAP or BOOM) move on to the next round. Players who do the OPPOSITE move (CLAP or BOOM) are out. Continue the elimination until you have a winner.